Well, I’m back from a slightly extended summer break! I’ve got a number of drinks lined up, so we should be a little less last minute than we have in the past. Not that you’d know that, I guess — the secret’s out!

Anyways, sometimes Jerry Thomas is kind of odd. Or maybe it’s just the 1800s? Not sure. In any case, this drink is definitely one of the stranger ones, for multiple reasons. One: does this “recipe” even need to be codified? Two: was the term he mentions common at the time? Three: should bartenders, especially those concerned with highly crafted cocktails, really condone this type of drinking? Four: What does he mean by “safe?”

On the news front, everything seems to be going to hell generally, so you might just need to order a drink and keep the bottle. almost 50,000 acres of country burned by wildfires this week alone, massive floods in Louisiana, and probably other things equally terrible that I either don’t know about or was too upset to read about. So, stay sharp out there, and help out where you can. Donating blood is always a great option, as well as donating money to good causes, if you have some to spare.

Also, all emphasis is added by Jerry Thomas, not me, in the following recipe.

In serving this drink, you simply put a piece of ice in a tumbler, and hand to your customer, with the bottle of brandy. This is very safe for a steady drink, but though a straight beverage, it is often used on a bender. 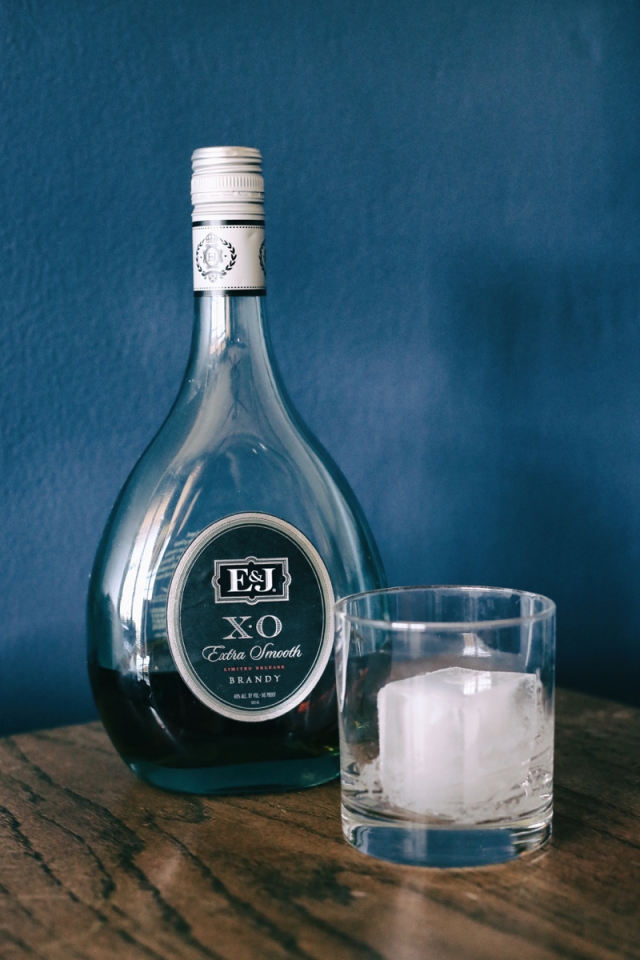 BN: I mean, it’s brandy. Not much to say. It is a nice sipping drink though, sweeter and with less of a bite than whiskey. Jerry Thomas is introducing me to all sorts of spirits I wouldn’t otherwise drink. Also, I find the description hilarious.

PiC: Easier than whiskey but I wouldn’t drink it by choice.

One thought on “213. Brandy Straight”