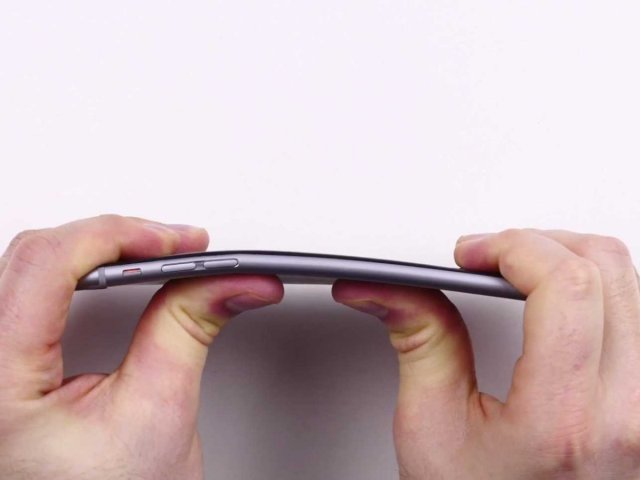 Apple’s new iPhone has had a few problems lately. From blocked cell phone service to erased user data, it hasn’t had the easiest of rollouts. But the picture above (from a video by Unbox Therapy) shows what, to my mind, is the weirdest flaw — they bend, and they’re not one of those fancy curved phones that are supposed to…

So, in honor of this problem (and the reason I’m glad I’m on the Xs series and not the main one), I give you The Bent Apple. It’s a little weird, something that would be typical (spiked cider) but changed in a way you wouldn’t expect. And, of course, it’s an apple. See what I did there? 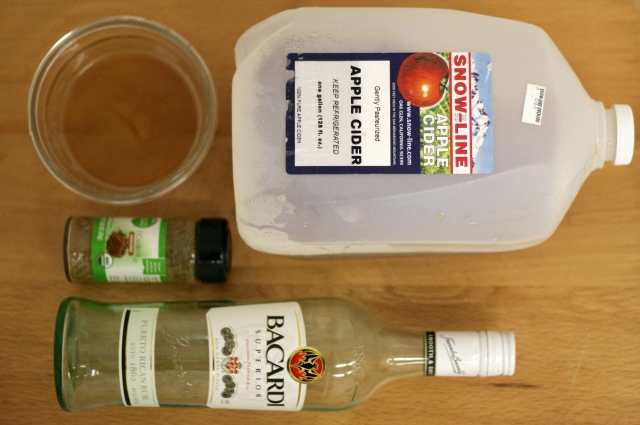 Mix it all up in a Boston shaker, strain and pour into a fancy looking glass. Garnish with an apple slice. Pro tip: I cut a little notch into the apple so it would easily stay on the edge of the glass. 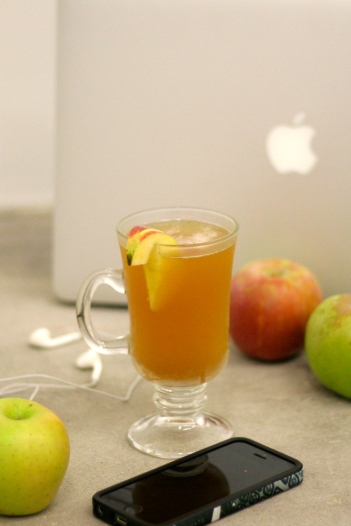 BN: I liked this. While it smelled intriguingly like cumin, its taste wasn’t as strong, but other tasters disagree so I could just be immune (cumin is my favorite so I use it in everything). It had enough weirdness to be unique and tasty, and all the base ingredients (particularly the cider) were great on their own but melded together well. We learn that whether or not your phone is flexible, a Bent Apple is not necessarily a bad thing.

PiC: I thought the drink was very tasty – I was prepared to really taste the alcohol and you really can’t with this one, it’s like cumin apple cider. That sounds weird, but it was actually good and not too sweet even with the syrup (though more ginger flavor might  have been nice). I bet it would be good hot! 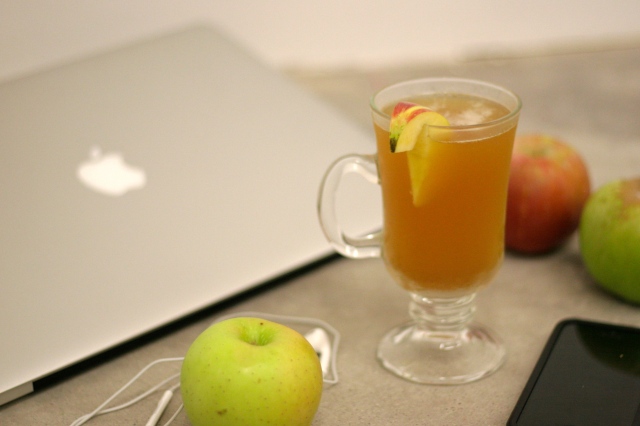