Oddly, this has nothing to do with the other flips that we’ve done so far, which generally use egg whites, as I understand it. Which I thought when I chose this one for today, still in the depths of winter. Oh well. This, instead, has a different, singular feature, which is the worst.

The “Search for MH370” switch has now been flipped from on to off, three years after the Malaysian Airlines plane went missing. The officials in charge decided early on that if the wreckage was not found after 120,000 square km were searched (Wolfram Alpha tells me this is a third of the size of Germany) that they’d have to call it off. And, they’ve hit that limit. One day, we’ll be able to magically map all the oceans and be able to find it, but until then, it will remain a mystery. I for one, though, didn’t realize how much wreckage (primarily in Africa) we had actually found of the plane, so we actually knew a bit more than I thought.

BN: This would be better with honey not sugar. Otherwise, it’s pretty much just “eh.” Except for the cracker which I tried to eat and oh man it was terrible. Although, if you inhale before drinking you actually do get a nice toasted aroma which is very pleasant, even if the cracker is not. Also, we had about five seconds to take the pictures before the cracker sank. Maybe he was using hard tack or something? I dunno. Please don’t do this part of this recipe.

PiC: That can’t be what he meant by a toasted cracker, because if he did mean that he’s a psychopath and I will not be a party to that. Soggy things are my nightmare. The drink itself is fine — sweet, hot brandy. I could see drinking this as a hot toddy. 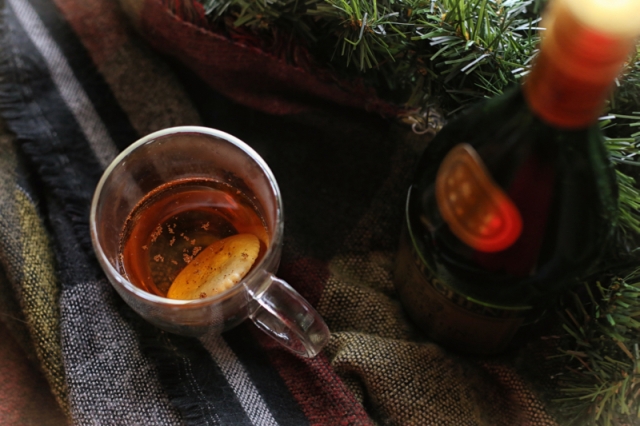